Hampton Court MYC hosted Round 2 of the Met & Southern District IOM Championship on the 8th March. 17 entries (reduced to 14 on the day) allowed the event to be run on a single fleet basis. The wind blew straight down the Rick Pond from the South West, the gusts left the skippers debating whether it was too windy to use top rig. The wind did moderate prior to the first race which led to a couple of skippers coming out in top rig. Unfortunately for them the wind soon reverted to it’s original strength leaving them very overpowered.
In the subsequent races the whole fleet sported their working rigs which remained the case for most of the day
Racing continued throughout the day at a reasonable pace stopping only for lunch and a couple of coffee breaks. By 4pm , the race cut off time 14 races had been completed and it was time to tot up the scores and apply the 2 discards.
Darin Ballington (Manor Park) put in a solid performance managing to win 7 races and took the event with 26 points. 33 points secured a 2nd place for Martin Graham (Chipstead) followed by Trevor Binks (Eastbourne) on 37 points. 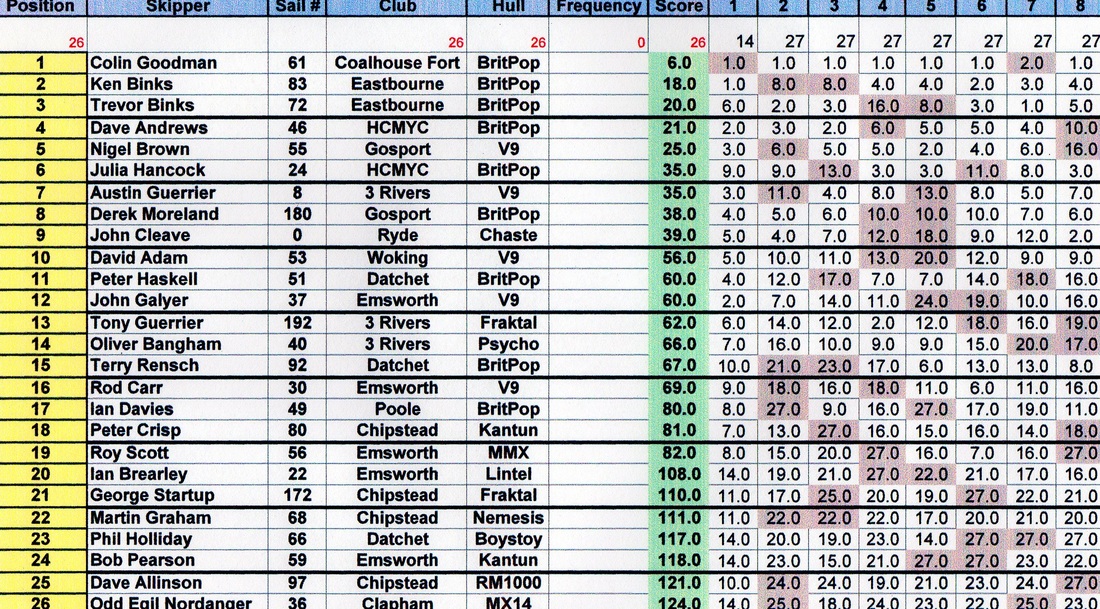 ​With grateful thanks to Sue Brown, further pictures can be seen by clicking on the button below
Further Pictures