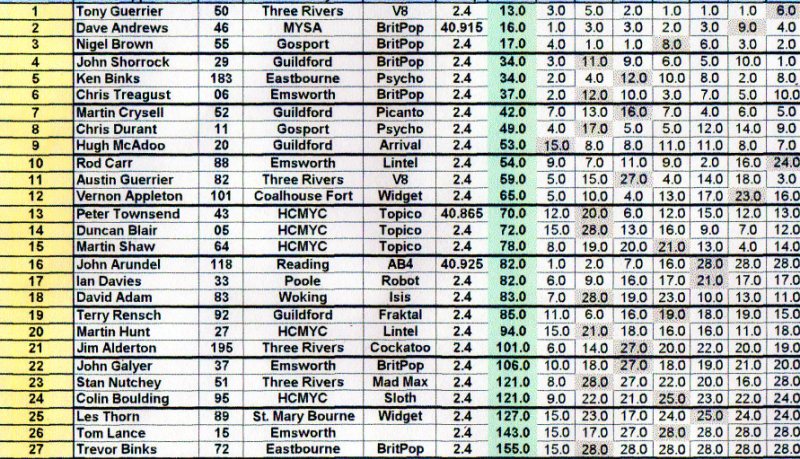 27 skippers enjoyed an excellent start to the Met & Southern One Metre championship on Sunday 23rd February 2014. With a fresh SSW wind blowing at 15 -20 mph all boats sported their second rigs for most of the mornings races. The wind strength gradually increased throughout the day leaving  virtually the whole fleet changing  down to storm rigs.

There were some gear failures due to the weather conditions and it was a shame to see Trevor Binks and John Arundell forced to withdraw.

Dave Andrews (Britpop) held onto the lead until lunch time, only to come back to find Tony Guerrier (V8), suitably refreshed during the lunch break, effect wins in the next three races.

Tony had done enough to snatch the lead back from Dave to take first overall, Dave following in second place. Third place went to Nigel Brown(Britpop) despite his two race wins, a second and a third .

All in all a very enjoyable day was had by all, the rain stayed away, we had lovely hot soup with bread in the club at lunch time and the racing was close and competitive.