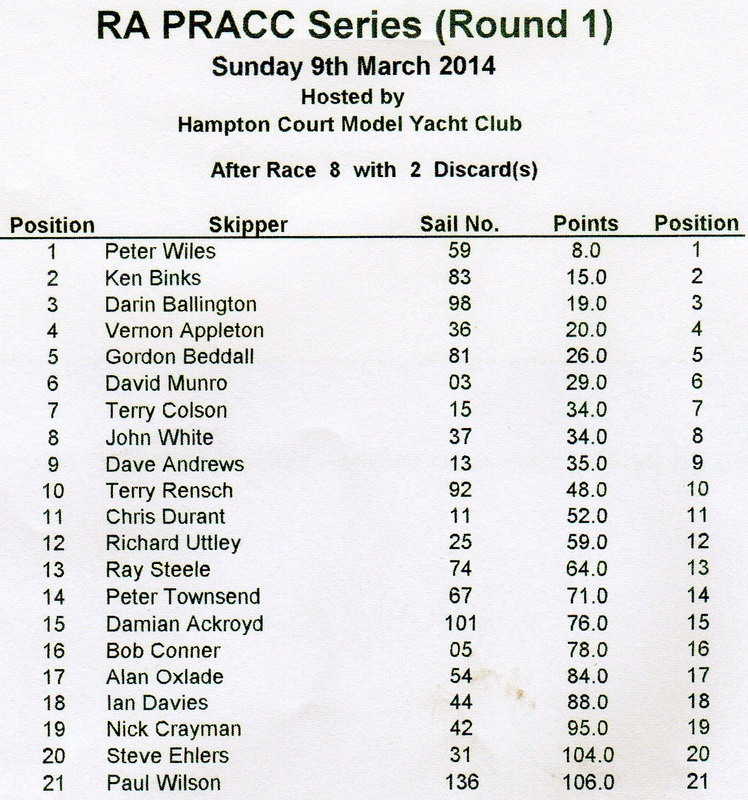 The first PRACC race took place on the ninth of March at Hampton Court which basked in glorious sunshine for what was the warmest day of the year so far. Coupled with a very pleasant southerly breeze the 21 competitors enjoyed near perfect sailing conditions.

David Munro started proceedings by giving some words of encouragement to all those supporting the PRACC series for 2014 and presented a belated trophy to Vernon  Appleton  for his second place overall last season.

With the formalities of the briefing out of the way the fleet was divided in two heats  which remained the case throughout the day. Some keen and very close racing quickly ensued  fuelled by start of the season enthusiasm. Peter Wiles showed his early dominance of the fleet but was driven hard at all times by the numerous Swords which at times seemed to completely surround his Sweet

By 4pm a total of eight complete races had been completed and when two discards had been applied Peter's score was an impressive eight points. Following up at 15 points, Eastbourne sailor Ken Binks finished second with Darin Ballington from Manor Park scoring 19 points to take third place.

Club Secretary, Laurie Bower went on to award the first four competitors with prizes in the club house 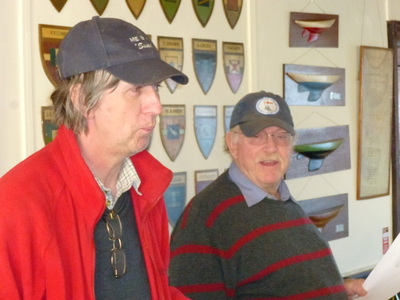 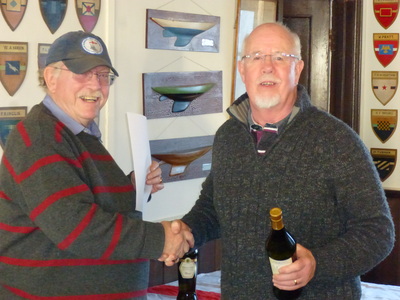 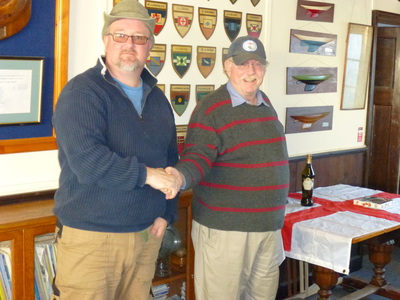